The last of all Belated Birthday Posts

Even as of the point when this happened, it was belated. Mr. H felt it was important to hold a separate birthday celebration for me to recognize an unique day of my own.

Though I had declined his staycation idea, he still would like to indulge me with a personal cake and dinner. Given that I overdosed on cakes for the entire week, he created a ‘macaron’ cake. It was a surprise marred by Z.

Z had gone,”Daddy told me a secret but I cannot tell you.” Mr H groaned and Z went on to unveil the rest of the details with my 360° probing. 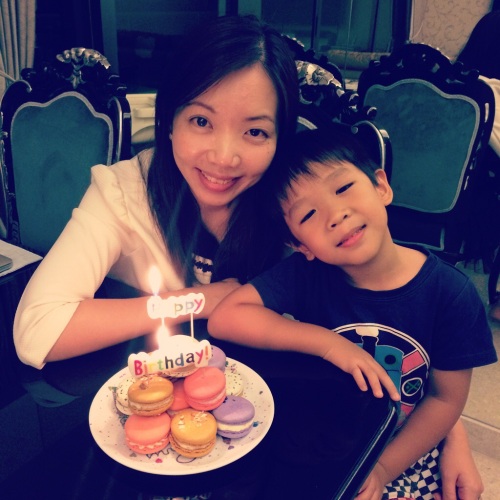 Mr H actually contacted Joyce of Joys Baking & Co to ensure that I had not ordered macarons for the weekend. I reckoned I was more impressed with the fact that he tried to verify more than the cake itself.

We had a subsequent dinner date at Equinox where we managed to get 50% off the total bill with the Feed At Raffles card. We could not have chosen a better time to go because we managed to catch the fireworks display from the NDP rehearsal. Z and X were delighted! 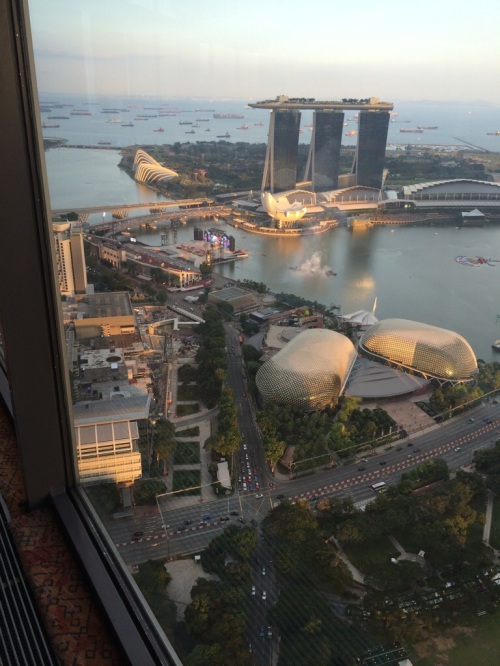 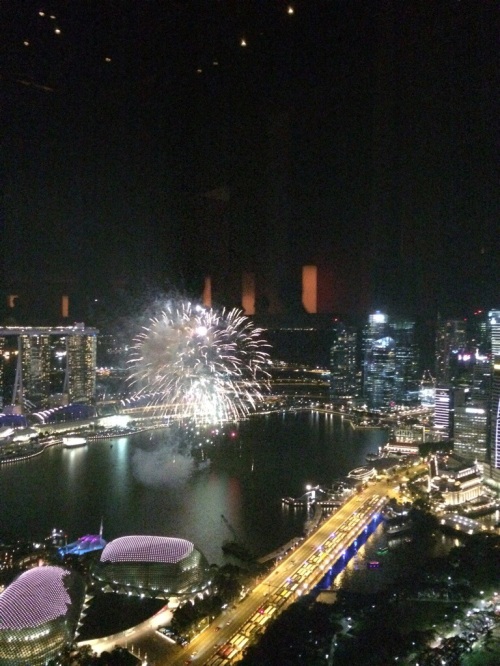 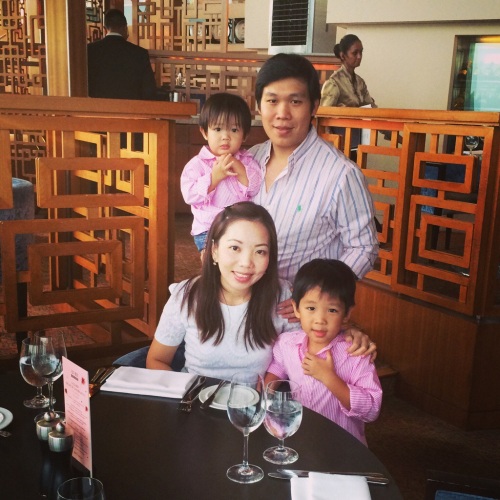 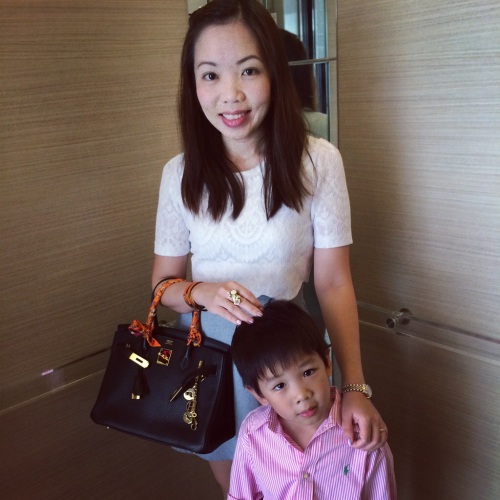 The long stretch of birthday celebrations literally ended with a bang. Z was so thrilled that he could not stop talking about how near the fireworks were to him.

To both of us who would turn older together in the same week every year, to more years of celebrating our birthdays together and for each other, to more boisterous years of having the kids sing birthday songs and blow out our candles. If moments could stay, these happy times would be forever etched in memories and in words.

Like Loading...
This entry was posted in Happiness, Hugs and tagged birthday, equinox, far card, Mr H. Bookmark the permalink.