Last night, we managed to pay our respects to Mr Lee Kuan Yew at the Parliament House. 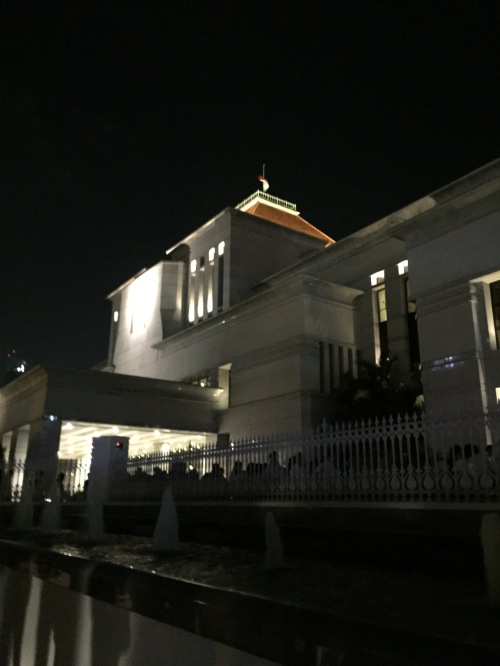 I was immensely thankful that our family of four had the opportunity to do so. In view of the long queue, we had initially decided against bringing X. He was only 2. When the news reported of the 8-hour queue, it was impossible to bring Z. I would fare pretty well by myself but with Z, I had to worry about his loo needs. Meals and rest could be easily settled. I even asked if he could don a diaper!

We were very lucky that a friend was in the queue and helped us check about the priority queue. One moment we were home, the other moment we were flying out of the door.

Z mustered a simple note in our haste

My note which was written by the river 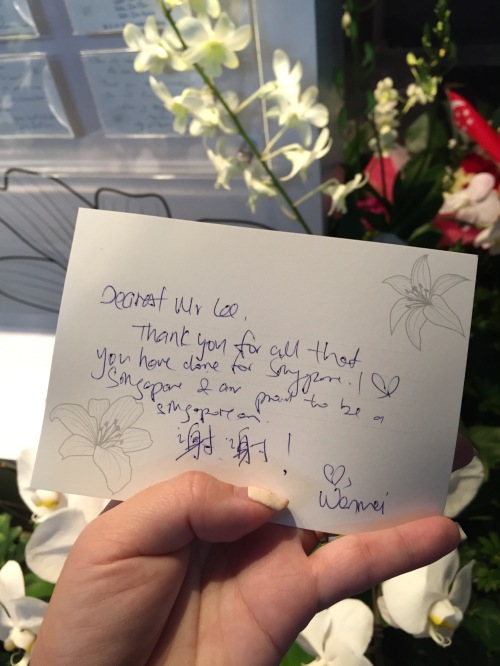 I was glad to bow in front of his portrait and to utter a quick thank you. It had to be quick because there were so many more people waiting to walk past his wake.

I was really glad that our family of four had the chance to be part of this historic and significant moment, and to be able to show our gratitude in this small way. On a greater magnitude, I hoped we would be able to teach our sons to follow his ways, to be contributing Singaporeans and to start this wave ourselves too.