The weekend started early with me bringing Z to Universal Studios Singapore on a Friday. It was the first time he had visited USS since he was of age to appreciate theme parks. The last time he went to USS was at 2 years’ old and it pretty much freaked him out.

We managed to clear 13 attractions from 10am-6pm. The ticketing booths opened at 9am and the park opened slightly ahead of 10am. We had purchased our tickets using the HSBC promotion where buying 2 adult tickets would offer us a free child ticket. We had gone to the park with Z’s friend and his mommy. I had opted not to bring X because he would not enjoy USS and we would not be able to play much with him around too.

Look who we met upon arrival – Kungfu Panda

We rushed straight for the latest ride – Puss in Boots. We were so early that there was no queue and we took the ride twice. The boys were scared at first but they enjoyed it eventually.

We went to watch Shrek’s 4D adventure and the boys took the Magic Potions’ ride upon exit. After that, we took the Enchanted Airways mini roller coaster.

From Far Far away land, we went to the Lost World and tried the Rapids Adventure. No one in the queue again! Maybe the riders were afraid of getting wet but it wasn’t so bad in my opinion.

We took the Dino Soarin’ ride, no queue too. 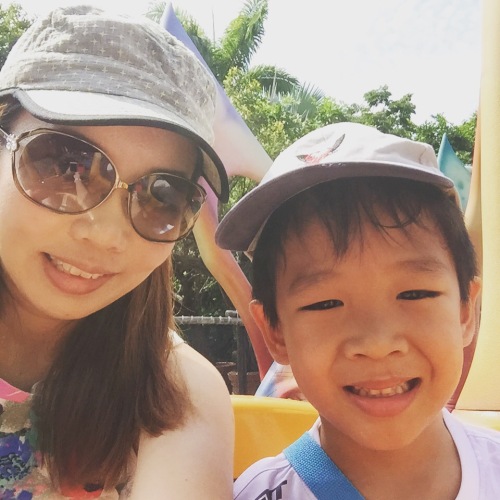 Next up was Treasure Hunter and it took a 50minutes’ wait. We could not fathom why so many people sans kids wanted to take this ride.

We headed for The Waterworld show at 1.30pm and this was our splash zone seats!

Smiling while we were still dry 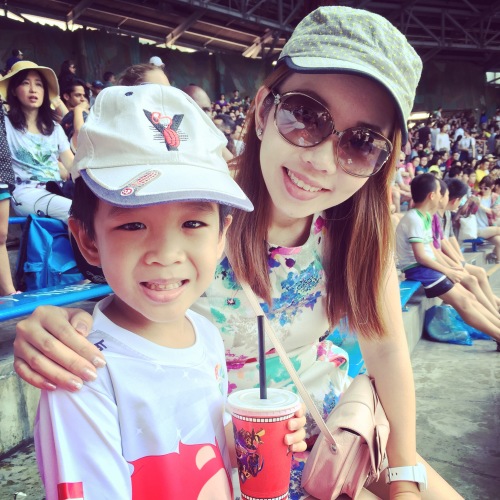 Right after the show, we headed for Canopy Rider. It was a 50 minutes’ queue too. Yawn…

The boys gawked at Battlestar Galactical and queued almost 40 minutes for the Accelerator ride. 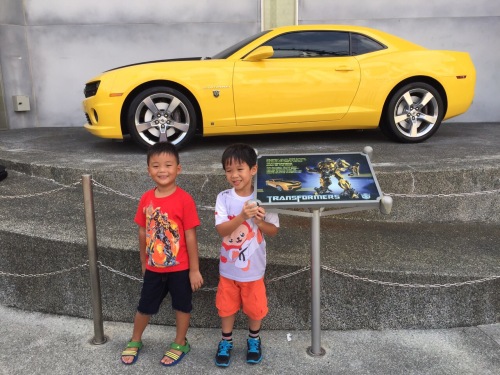 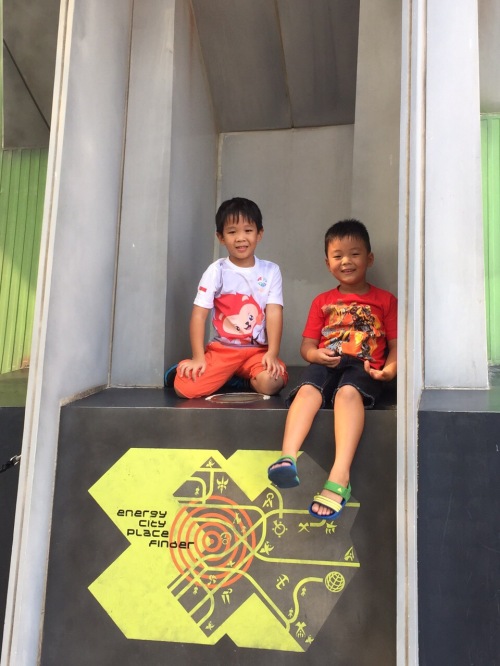 Transformer ride was closed temporarily and they took photos with Vin Diesel and his car.

We headed for Sesame Street Spaghetti Chase ride and took photo with Ernie along the way.

We staked out for the Minions’ Meet and Greet session. This was the prop.

These are the real things, they were so tiny!

It was getting late so we skipped the Meet and Greet for Transformers. We took the ride and it was a 40 minutes’ queue. Thankfully the boys were good campers.

The ride was really awesome!

We rounded the day off with Lights, Camera, Action. With that, we had to call it a day because we had to pick X up from school.

We would be back for more as we intended to upgrade the tickets to a season pass.