If there was a growth spurt for breaking into tantrums, that was what we had been going through. Inconsolable moments triggered by nothingness. There was a Saturday morning when X woke up and cried the entire morning away. There were intermittent breaks but the gist was there.

As problem solvers, we thought hard on how we would like to crack this puzzle.

What didn’t work:
1. Giving in
2. Stooping down to his height and talking to him gently
3. Pretending to throw a tantrum like him (Distracting him)
4. Finally understanding what he wanted

What worked:
1. Playing with water

Lesson learnt and reiterated – A problem could not be solved at the level it was created at.

As a follow-up to the room transformation, I decided to throw a cosy roomwarming party for X.  I wanted to create an anchor in his mind of the new milestone in his life.  These were part of my parenting strategy to show X that we understood and acknowledged that he was in a new phase of his life.  We should not be referring to him as a baby.  We were aware that he had opinions, a little mind of his own and we were ready to embrace all of that. 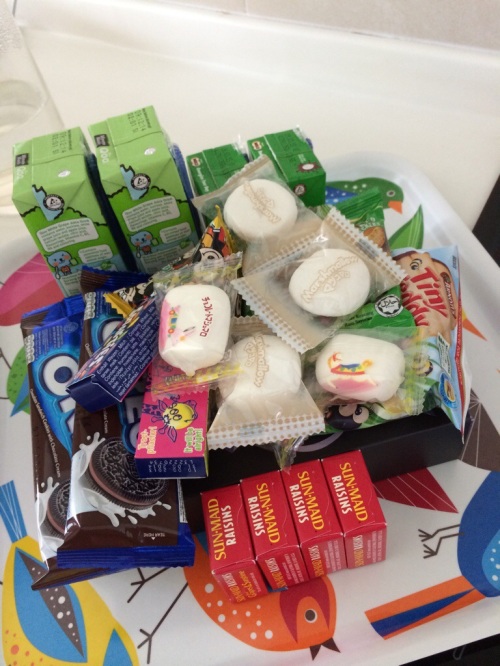 A simple party in X’s room 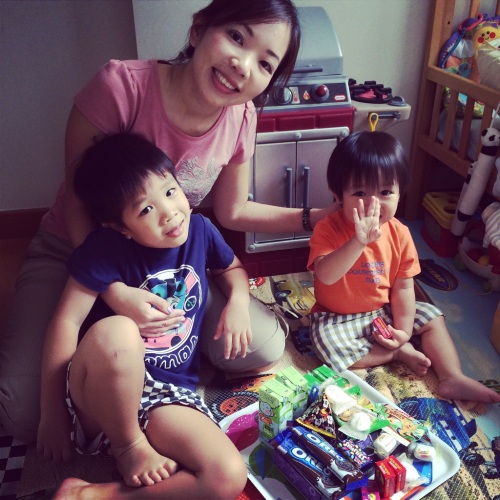 X was thrilled that we made such a big fuss out of the whole thing.  He was already very pleased with his ‘new’ room.  Throw a party where he was the guest of honour?  He was majorly pleased.  We ate, chatted and fooled around.

I got to ‘serious business’ and told X that being a toddler meant he knew the world better.  However, he was no longer a baby and should not resort to crying to demand his way all the time.  X seemed to understand this bit and was even shaking his head when asked if he had been a good boy.

I also asked Z to share some tips with X on how to be a good toddler.  Z explained to X that he was to eat faster (this was more of a problem for Z), listen to daddy and mummy as well as to take care of his toys.

The revamp of the room and the party had made a significant impact on little X.

It was a recognition of the ‘upgrade’ in status.  X also seemed more reasonable in accepting some of our explanations when we were not able to give in to his odd demands such as eating wet wipes.  Toddlers had a different agenda of their own, a different perception of the world and too strong willed to accept deviations.

By our show of acknowledgement, I wanted X to feel that we heard his little voice.