In the month leading to X turning 3, he was an absolute nightmare to bring out.

He would have noodles and no rice. If you served him rice, he gave hell.

He wanted things done to his pleasing immediately.

He had a particular milk bottle and declined the rest.

He was always crying about one thing or other, as well as sprawling on the floor.

He refused to go toilet when he needed to and peed in his pants several times.

His behavior was particularly bad when Mr H was with us.

If Mr H was not around, X was much better behaved.

One day, I overheard Z telling X, “Daddy is not with us. Only Mummy is with us. You better not make her angry.”

When I heard that, I was pleased with Z’s teaching to his brother.

The next statement that followed was, “Mummy is very fierce one.”

With the turn of a new year, X was officially 3 years old and we switched him to a new school. This school only accepted children from 3 years and onwards. He was with his old school from the point when he was 6 months’ old till almost 36 months’ old.

He spent 2.5 years with this school. They had taken such good care of him from infancy till now. It would always be a special place in our hearts. X probably would not remember this school when he grew up because he was so young.

He had spent many hours learning to crawl, to walk, to sing and dance and cared for by sweet, caring and responsible teachers.

Not many schools boasted of such an awesome infantcare. When we first sent him in, we noted that he was attending infantcare with a few younger siblings of Z’s ex-infantcare mates. That was a representative testimony of how good the infantcare teachers were. The school really ran a good program on this. There were minor hiccups but really very insignificant compared to the good work and tender loving care showered by the teachers.

X’s playgroup teachers expressed how sad they were with his leaving. We were touched by how much love and care they had shown X during this period. There were falls, knocks, bruises and what’s not but that was totally expected of active toddlers.

Soon, X would start on a new chapter in his preschool life and we hoped this boy would be able to adapt and be lovingly cared for in the new school too.

X at his old school

What a lucky boy he was to be so loved

#1. I was fetching X from school. As we took the lift down from level 8, the lift opened at one of the levels. Suddenly, a man appeared at the lift door. X was stunned and uttered, “People!”

The man and I laughed at his reaction. Thereafter, X was so embarrassed that he buried his head into my skirt.

#2. There were so many heavy downpours in December. When X got into the car, the rain was only a drizzle. X stared at the car’s body and asked, “Daddy, did you wash your car?” 😂

What a cute perspective of a toddler!

#3. I was making a photobook about our earlier holiday. When X saw the snow clad mountain of Tateyama, he piqued, “I want to go there.”

I said we were going to see snow.

He immediately replied, “I want to build snowman!”

After lunch at the nearby La Barca, we headed to Singapore Sports Muesum which was outside the main entrance of Kallang Wave Mall and the Singapore Indoor Stadium. It was free entry for Singaporeans. ✌🏻️

Kids at the entrance 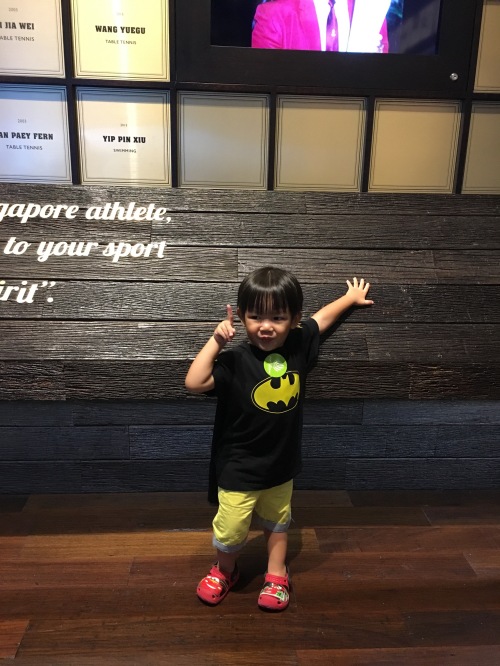 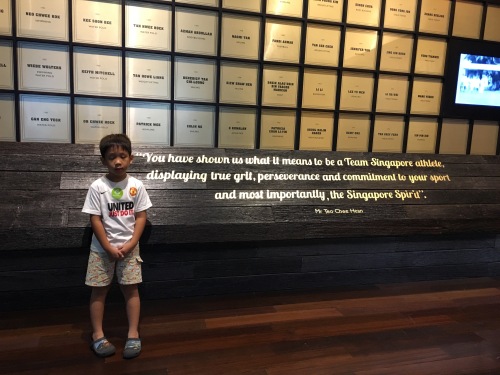 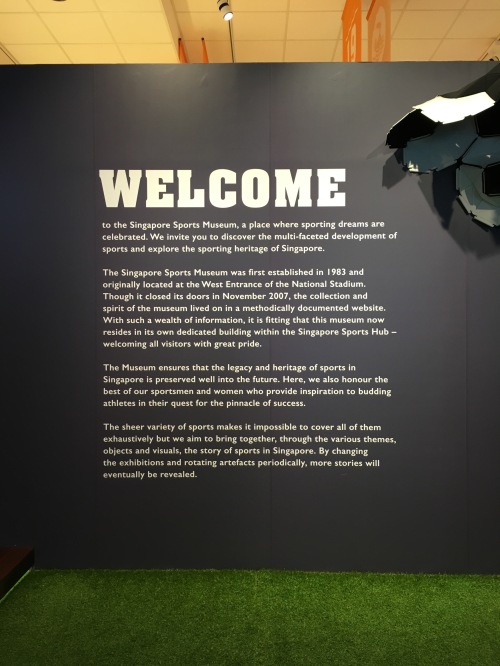 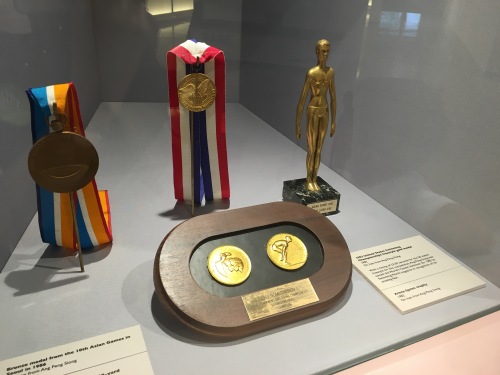 The mascot in various sports, not unlike the modern day Nila in different poses 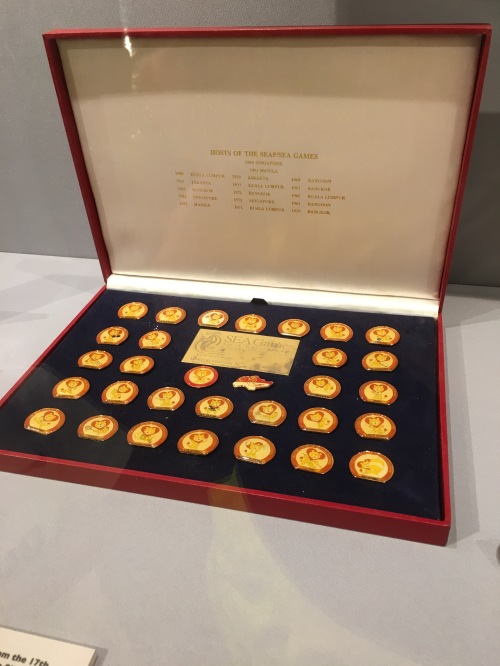 Winning spoons instead of medals

I never knew motor racing had been legal in Singapore!

All in all, I thought the exhibits were good. I liked how they explained the history of sports, of the National Stadium I had grown up with and later torn down and the contributions of past sportsmen.

When we visited the museum, it coincided with the opening weekend of Para Games. 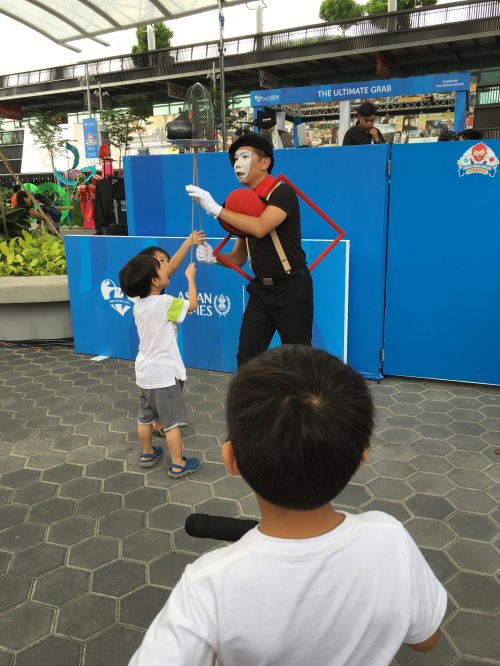 Three boys clapped, cheered and chatted on their own 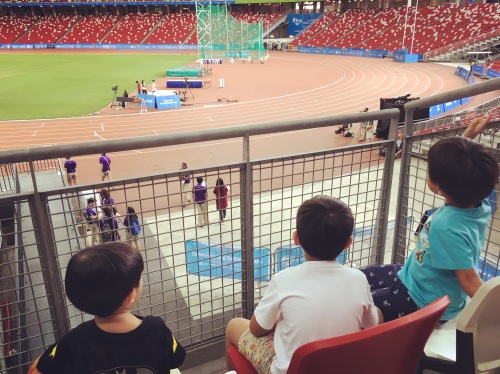 Z liked it so much that he tried it thrice!

X was flipping the tyre

We made our own certificate where X learned to make his name with sign language.

It was a memorable day, even for me, as I saw the visually disabled athletes competed in 100-200m. The running guide shad to be as proficient as the athletes. There was a great deal of synchronization and trust. These athletes set an inspiring role model for the kids.

He mimicked every word that Z uttered. It was amazing that Z had not flared out yet.

One day, he tried to imitate me. I said that I was too tired and I was not going to cook dinner.

He delivered it in such a serious manner that he had us in guffaws.

At this age, he was still our cute, little toddler. I really wished he would not grow up so fast and lose his baby charm. 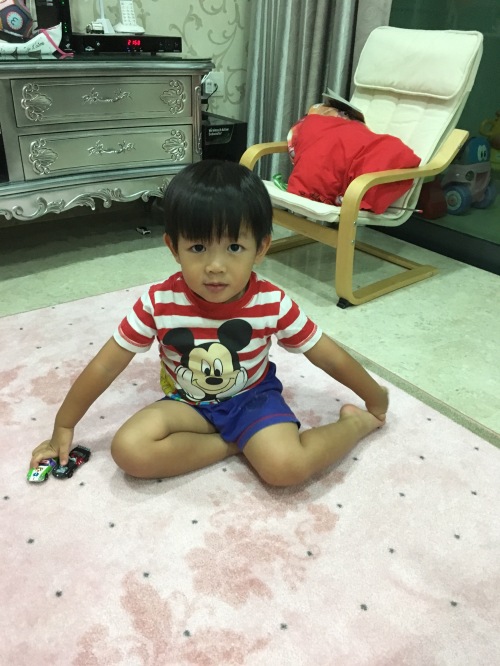 When the National Gallery first opened, we registered for free tickets in order to enter the museum without queuing.

We parked at High Street due to bad jams from the road closure. It was the first week after opening and there was an opening celebration.

There were many ushers with maps to guide us. I tried going to the Keppel Art Education Centre for kids but there was a 45minutes’ queue!

We checked this out instead 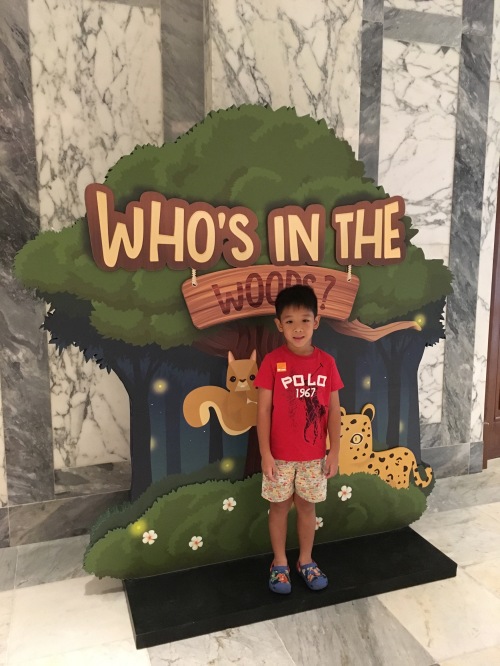 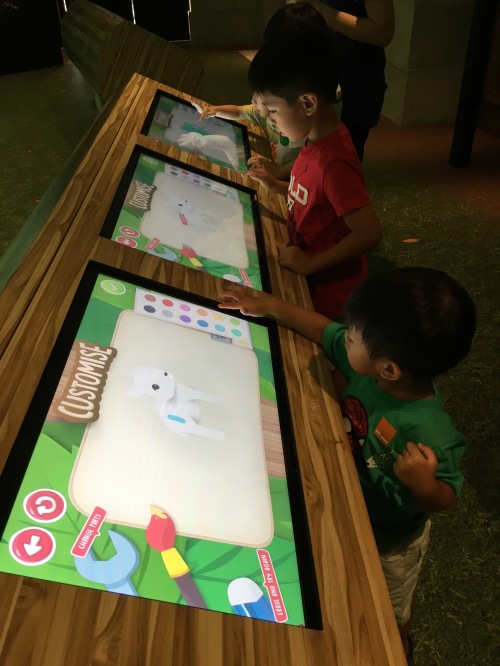 X posing with an animal in the woods 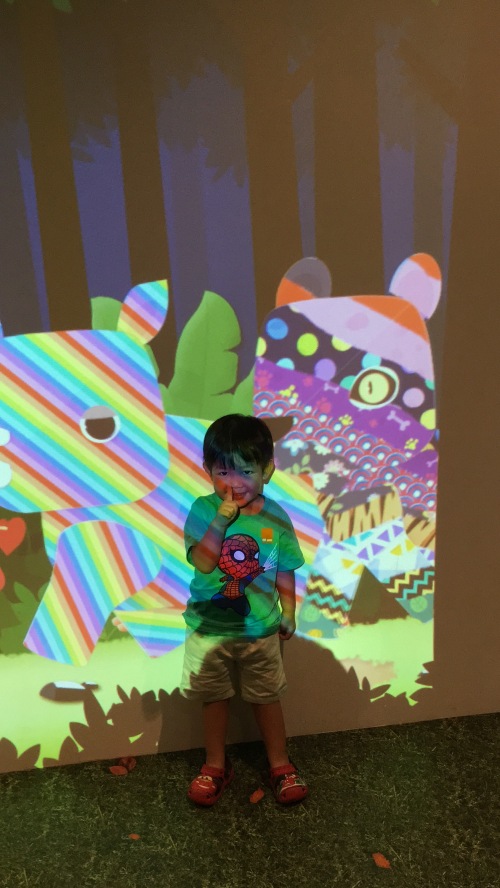 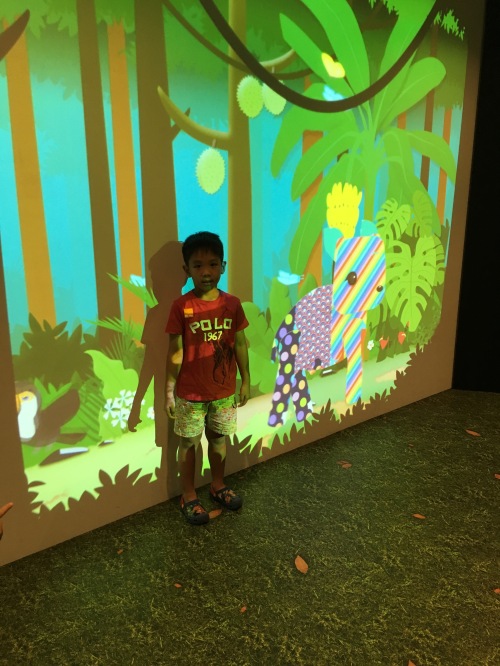 X had so much fun that he didn’t want to leave.

We checked out some art galleries.

Z enjoyed what he saw and asked me many difficult questions that I could not answer.

He was swinging his arms so widely that o feared for this exhibit.

We discussed about Chinese Ink & Calligraphy with Z 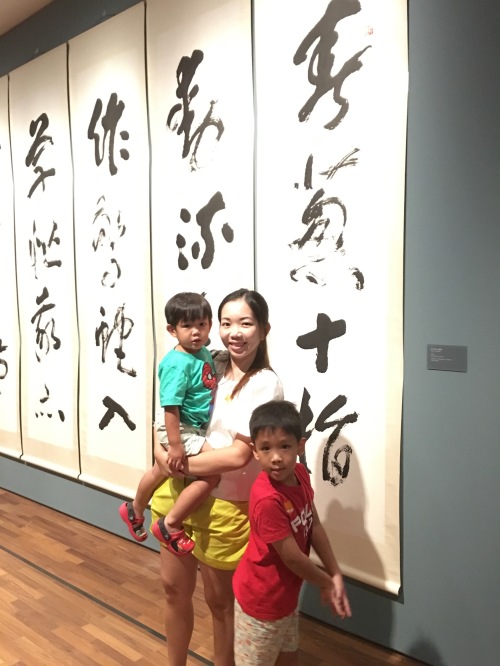 Random art that I liked because it had pink!

We went up to the roof garden

We saw that they were setting up an opening ceremony 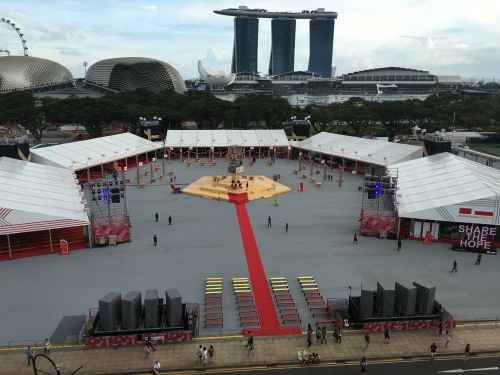 We popped over to the Supreme Court wing and were wowed by the dome! In awe due to the way they built over the existing building 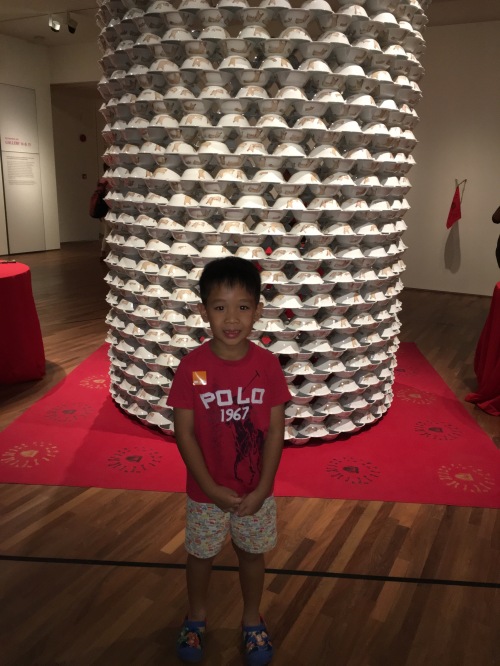 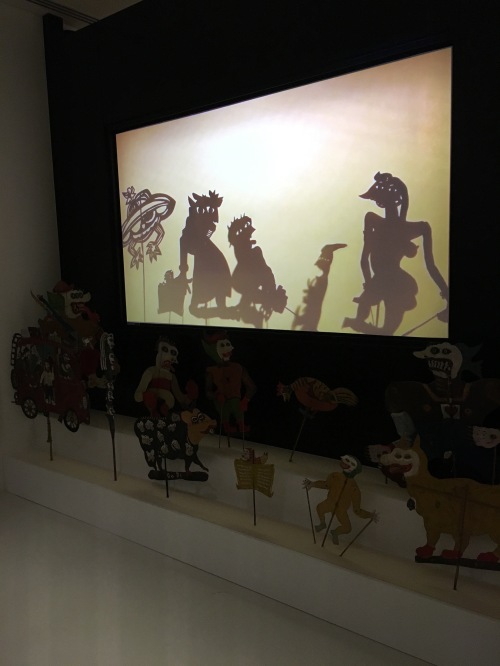 The kids’ patience were wearing thin so we went back down to level 1. We queued 20min to get in. There were 5 areas.

The first stop – my boys loved vehicles so it was not surprising why we were here. Each kit had 2 vehicles and cost $4 per kit. We bought 2 kits.

The boat was harder to make 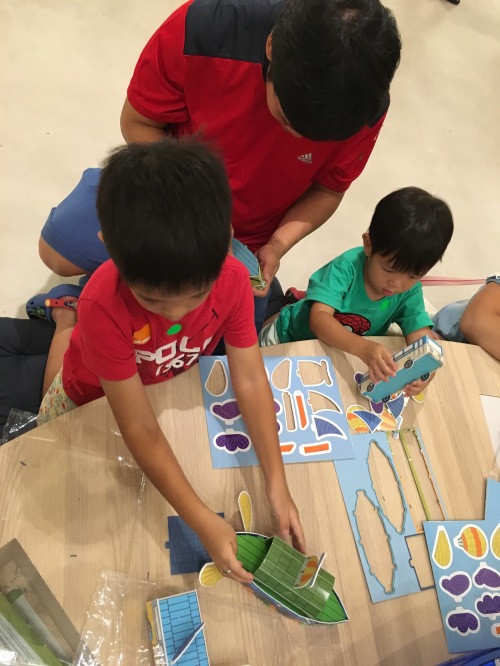 Z and his completed piece 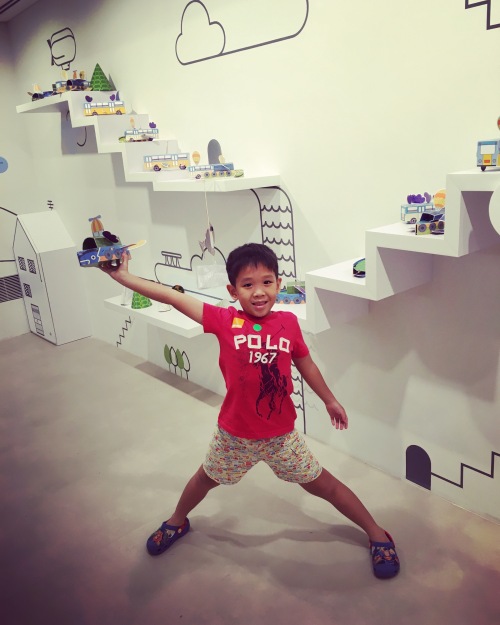 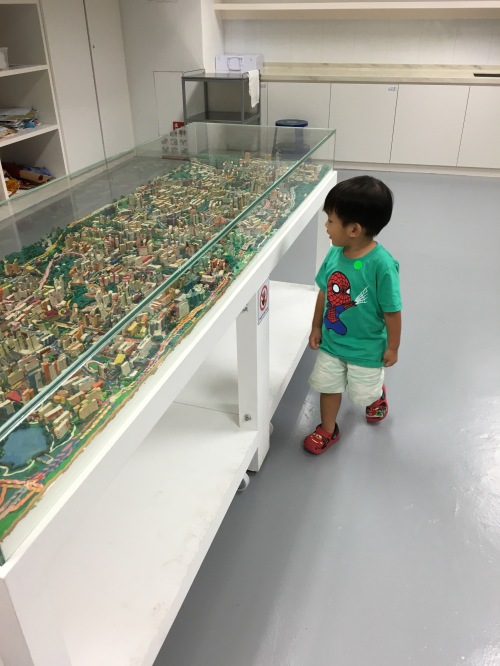 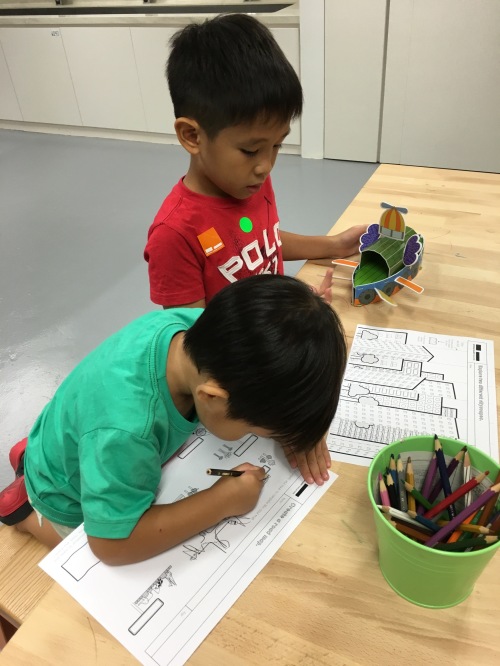 Their favorite section was Magic Forest. 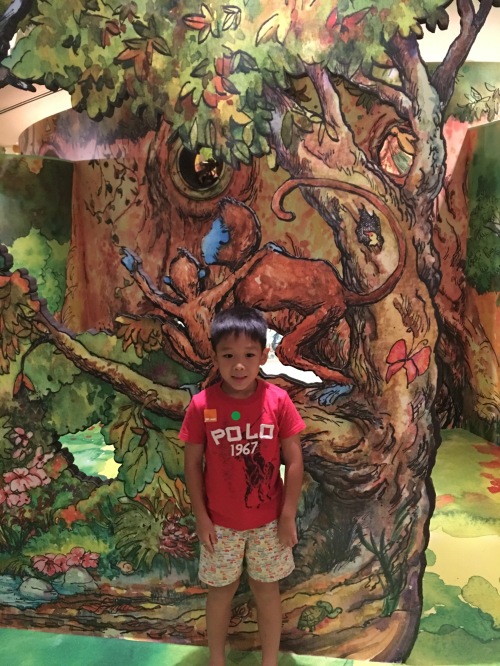 It warmed my heart to see both boys loving each other, growing up with each other and having a constant playmate. 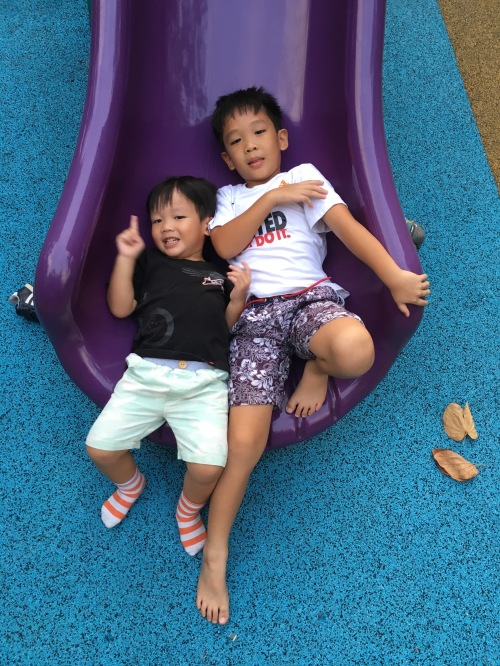 The Honey Marquise Vol 1.0
Create a free website or blog at WordPress.com.